Home Sportsbetting news What have we lost? The key meetings that have fallen victim to...

With British racing cancelled until the end of April due to the coronavirus pandemic, a number of key meetings and races will be missed over the next six weeks as a result. Here is a look at the crucial fixtures which will not take place this year.

Lincoln day at Doncaster is the traditional curtain-raiser for the British Flat season headlined by the prestigious Lincoln Handicap, which was set to take place on Saturday, March 28.

Among the hopefuls for this year’s race was the Roger Varian-trained Fifth Position, a lightly raced four-year-old who has won only once in six starts but that was against Space Blues, who went on to place in two Group 1s later that year.

Previous winners of the Lincoln include Godolphin’s Auxerre, who last year became the first favourite to win the race since Penitent in 2010.

The seven-race card also features two Listed contests as well as the Brocklesby Stakes, the first two-year-old race of the season.

The most notable blow to British racing’s absence will be the Aintree festival, and in particular the Randox Health Grand National.

The big story going into this year’s contest was whether Tiger Roll could win a historic third consecutive National, but trainer Gordon Elliott has not ruled out another crack at the race next year.


Kemboy: leads the field on his way to victory in last year’s Betway Bowl

Aintree is not just about one race though, with other notable losses including the Betway Bowl, which tends to feature runners from the previous month’s Cheltenham Gold Cup and was won last year by Kemboy. A whopping ten other Grade 1s will also not take place.

Prominent runners on the artificial surface will not have their day in the sun as Finals day, which traditionally takes place at Lingfield on Good Friday, has also been lost.

Last year’s roll of honour includes the late speed king Kachy, who blitzed his rivals in the sprint championship to strike by three and a quarter lengths, while the Mark Johnston-trained Matterhorn provided the shock of the day as he defeated heavy odds-on favourite Wissahickon in the Easter Classic.

Dubai Warrior was set to tackle that prize for John Gosden this term after defeating Court House and Bangkok in the Winter Derby last month.

Known largely for its big sales at Tattersalls, the Craven meeting at Newmarket often provides Classic clues across its three-day meeting.

That was on full display last year when Roger Varian’s Qabala won the Nell Gwyn on the Rowley Mile course. Having started the day as a 66-1 chance for the 1,000 Guineas, victory in that trial saw the filly go off 7-2 favourite less than three weeks later. 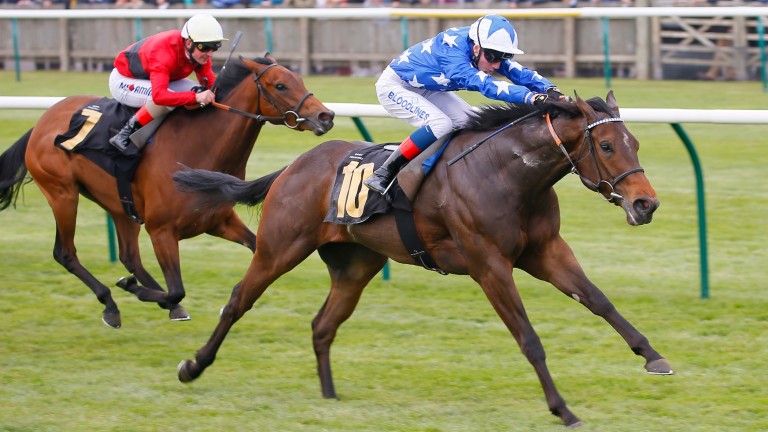 Qabala: was heavily cut for the 1,000 Guineas last season after winning the Nell Gwyn at Newmarket

Other key races for three-year-olds at the meeting include the Feilden Stakes and the Group 3 Craven Stakes, while the Earl of Sefton has also been a crucial pointer for the campaigns of older horses.

It is unclear whether last year’s two-year-old champion Pinatubo would have made his seasonal return at the meeting, but trainer Charlie Appleby is no doubt conjuring a new plan to keep his stable star in top shape ahead of this season’s Classics.

With the Grand National at Aintree lost the Scottish National will also follow suit and will not take place for the first time since its inception at Ayr in 1966.

Last year’s meeting was notorious for a plethora of non-runners due to the warm weather and drying ground, with the going described as good, good to firm in places at times, but it was 25-1 outsider Takingrisks who came out on top in the four-mile marathon to give Nicky Richards his first National winner.

Other race casualties include the Scottish Champion Hurdle and the Future Champion Novices’ Chase.

While the Scottish Grand National was set to take place up north, Newbury was to stage its first Flat fixture of the season with its Spring trials meeting.

The Greenham Stakes over 7f has been a typical starting point for many three-year-olds looking to line up in the 2,000 Guineas and boasts a winners list over the past decade which features Frankel, Kingman and Barney Roy.

However, it is not just a one-race meeting, with other crucial contests lost including the John Porter and the Fred Darling, as well as the Spring Cup handicap.

It was also here in 2019 where Star Catcher broke her maiden before going on to secure three top-level successes, including the Champions Fillies & Mares Stakes at Ascot on the final day of the season. 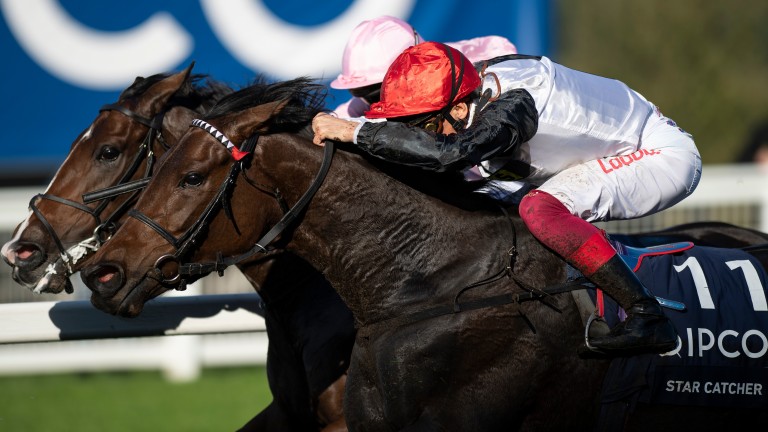 With such a crucial period of the Flat season lost, plenty of two and three-year-olds face tough campaigns to ensure they peak at the right time.

The final weekend of April would see Flat and jumps fans descend upon Sandown for its renowned two-day meeting, with the Friday Classic trials taking place on a star-studded card on the Flat before the jumps finale on the Saturday, featuring the bet365 Gold Cup.

Last year’s Flat card saw Crystal Ocean land the Gordon Richards Stakes for the second successive year, while Bangkok and Telecaster showcased their Derby credentials as they roared clear of the field in an exciting finish to the Group 3 Classic Trial.

Meanwhile Altior won his third straight Celebration Chase last year, and having missed the Cheltenham Festival is just one of many stars jumps fans now face a long wait to see again. 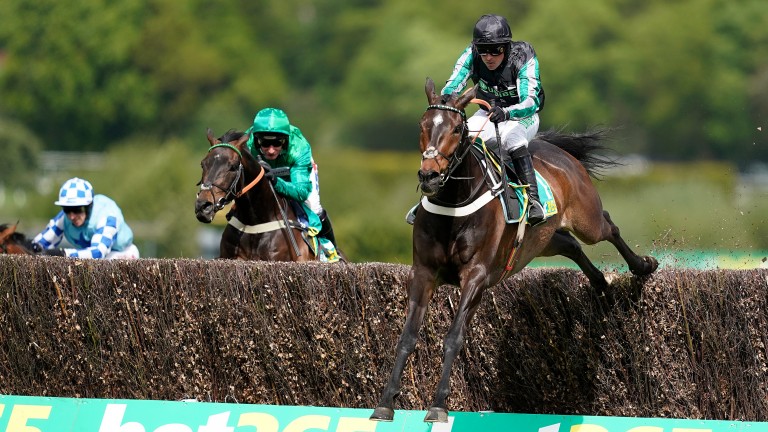 The bet365 Gold Cup was secured by the Alan King-trained Talkischeap, who pulled ten lengths clear of the field and would no doubt have been eyeing another victory in the race this year.

Coronavirus and racing: how is it impacting on the sport and what happens next?