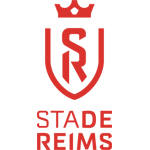 PSG will look to keep alive their fading French Ligue 1 title hopes when they face Reims at the Parc des Princes. This is a must win game for the hosts and with star forward Kylian Mbappe set to return from suspension, they should be too strong for the struggling visitors.

PSG’s title hopes were dealt a significant blow as they were held to a 1-1 draw by Lens in their previous Ligue 1 fixture. They failed to build on Neymar’s penalty on the stroke of half time and conceded the equaliser midway through the second period.

Sitting three points off the pace with two matches to go, there is a real possibility that PSG could lose their title to Lille. Manager Mauricio Pochettino may have to make do with the Coupe de France after beating Montpellier on penalties to set up a final against Monaco.

In the meantime, the task is clear for the champions in Ligue 1, win their final two matches and hope for a favour from else where. Their form has been generally good in recent weeks with four wins from their last five matches.

Reims were beaten 1-0 at home by Monaco last time out in Ligue 1. They set out to frustrate the visitors in the contest but an early first half goal proved to be the difference.

David Guion’s men have not been at their best as the season draws to a close and travel to the French capital winless in their last six matches. Sitting 13th on the table, four points behind 10th place Metz, they still maintain slim hopes of earning a finish in the top half.

Reims have struggled defensively throughout the season and have conceded six goals in their last three matches.

PSG go into Sunday’s match as overwhelming favourites among the bookies and are priced at 2/17 by SBK to win. A victory for Reims is valued at 25/1 by Skybet while a draw is set at odds of 19/2 by betfair.

With Reims struggling at the moment, PSG look set to claim a comfortable victory on Sunday.

PSG have an 8-3 advantage with two draws from 13 previous matches against Reims. The hosts have won the last two meetings, including a 2-0 victory in the reverse fixture back in September.

PSG will be boosted by the return of Kylian Mbappe, who is the league’s top scorer with 25 goals. The French forward netted a brace in the Coupe de France semifinal and is priced at 8/15 by William Hill to score anytime while the first goal is priced at 12/5 by betway.

Senegal striker Boulaye Dia has been one of the standout players for Reims this season with 14 Ligue 1 goals. He could be worth a punt in the anytime goalscorer market at 4/1 with bet365 while Vbet is offering 16/1 for the first goal.

With PSG expected to earn a comfortable win, a -2 handicap could be considered at 19/20 with Red Zone. There is also value in the goals market with over 4.5 goals valued at 27/11 with Vbet while over 3.5 goals is set at odds of 99/100 with novibet.

A win and over 3.5 goals for the Parisians could be worth a punt at evens with Paddy Power while Kylian Mbappe could also be backed to score two or more goals at 12/5 with BetVictor.

This French Ligue 1 match between PSG and Reims will be played on May 16, 2021 and kick off at 20:00. Check below for our tipsters best PSG vs Reims prediction. You may also visit our dedicated betting previews section for the most up to date previews.