Home Sportsbetting news Plan B works for quick-thinking Havlin as he bags Winter Derby on...

What do you do if you are meant to be making the running on one for John Gosden and Godolphin in the only Group race of the all-weather season and Ryan Moore steals the lead out the gate?

Robert Havlin could have been mistaken for a moment’s panic in the Betway Winter Derby after Moore took his position in front on Johnny Drama, but he quickly switched to plan B and bided his time sitting off the steady pace, waiting until the home turn before stealing the race right back and from there he was not for catching aboard five-year-old Forest Of Dean.

Gosden, who was winning the Group 3 for the third year in succession after victories with Wissahickon and Dubai Warrior, said: “I thought it was a very good ride by Rab. We had two plans and that was plan B – plan A was to make the running. They weren’t searching fractions and Rab decided to pounce, and he took that two lengths. They take a lot of getting back here if you manage to do that.

“I’m very pleased for the horse, he was off for a year so we’re delighted to come back and win this, and we’ll have a go at championship day.”

Runner-up Felix, who had beaten 100-30 shot Forest Of Dean on his last two starts, finished second best this time under Hollie Doyle, and his trainer Marco Botti said: “We had form with the winner, we’ve beaten him twice, but it’s always down to what happens on the day.

“Hollie said he was a bit slow into stride, but that’s the way he wants to be ridden and he likes to come from the back of the field. He’s run a good race and let’s hope one day it goes in our favour.”

Lord of the manor

Sometimes the start can be more eventful than the finish and the Betway Hever Sprint Stakes was just such a race.

As the stalls opened, Royal Birth reared away his chance, while a split second too early, Ornate appeared to anticipate the opening and appeared to headbutt the gates.

It all meant that after two strides Jason Hart thought he was going to get an easy lead aboard Lord Riddiford from stall one. However, that was not the case as Ornate was chased up into the lead, and after ten strides we’d had 90 per cent of the drama.

Hart took a tow from Ornate, travelled strongest, kicked last and hardest off the home bend and was able to hold the late-charging 6-4 favourite Moss Gill all the way to the line.

“He always breaks sharply and I was going to go forward when I saw Ornate had missed the kick, but then he rushed up on my outside so I was quite happy to take a lead and he set a nice gallop,” said Hart.

“He’s very versatile and a genuine, tough sprinter, and has a good burst of speed which he showed today. He had a bit to do today on ratings, but that was his best ever run and he’s really thriving on his racing. The boss [trainer John Quinn] has placed him well throughout the winter and nice to top it off with a Listed win.” 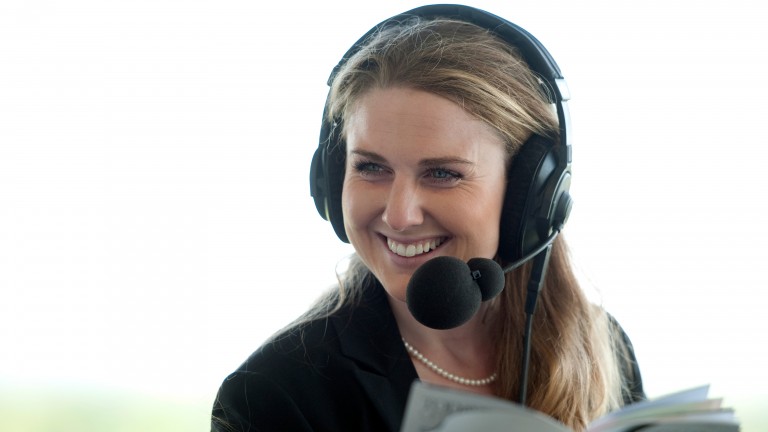 Hayley Moore: no such luck getting a post-race interview from brother Ryan

You would think Hayley Moore’s job of gathering post-race reaction for Sky Sports Racing could not get much easier than her brother riding a 77-1 four-timer. If it were Jamie, or Josh that would certainly be the case, but Ryan proved entirely elusive.

Moore landed the mile novice contest aboard the Brian Meehan-trained Glentaneous, the mile handicap on Andrew Balding’s Grove Ferry, the 5f maiden with Crimson Sand for Richard Hughes and the closing 2m handicap on the Nick Littmoden-trained Arabescato, and he dodged his sister’s microphone each time.

When you are Ryan Moore, four-timers aren’t anything out of the ordinary.

For all our exclusive free bet offers and must-have daily promotions click the free bets button or go to racingpost.com/freebets