Chacun Pour Soi saw off the combined challenge of Notebook and Put The Kettle on with ease to make it two wins from as many starts over fences this season in the Grade 1 Paddy’s Rewards Club Chase.

Last season, Chacun Pour Soi failed to deliver at odds-on in this race when beaten by A Plus Tard, but there were no such dramas this time around.

Stablemate Annamix took the six-strong field along, but the three main contenders had moved to the front approaching the final pair of fences.

Low sun led to the omission of the final fence, but once Chacun Pour Soi had completed his jumping, Paul Townend moved clear effortlessly, leaving the Henry de Bromhead-trained pair of Notebook and Put The Kettle On trailing.

Mullins said: “I was impressed. Today, he seemed a different horse. He was full of spring and he just went down to his fences and attacked them. He flew around the last bend and you could see him idling a bit, and Paul just pulled him together and got past the last. He had plenty in reserve.

“He pleased me and he pleased Paul – he did what he tells us he can do at home. He will probably come back here for the Dublin Racing Festival.”

Willie Mullins may have been dealt a blow at the start of the week when Champion Bumper winner Ferny Hollow was ruled out for the season, but Appreciate It seamlessly picked up the baton with victory in Sunday’s Grade 1 Paddy Power Future Champions Novice Hurdle.

Appreciate It had only found his stablemate too good in the Champion Bumper, and followed up an easy debut win over hurdles at Cork with success at the highest level.

The six-year-old is now a top-price 5-1 for the Supreme Novices’ Hurdle at the Cheltenham Festival, with bookmakers cutting his price again after their initial reactions.

Paddy Power were 5-1 (from 6) but then went 11-4, with their moves mirrored by several other firms.

Low sun led to the final flight being missed out, but Appreciate It was well on top a fair way from home, with main market rival Ballyadam fading in the straight as Irascible and Keskonrisk filled the places.

‘The race couldn’t have worked out any better’

Winning rider Paul Townend said: “It was very straightforward. The race couldn’t have worked out any better for him and he was very impressive. I suppose that will open up more doors for him [with regards trip] but he could go further.”

Appreciate It’s Cork victory was given a boost later on the card when Master McShee won the 2m handicap hurdle.

The Paddy Corkery-trained six-year-old is now two from two since finishing runner-up to Appreciate It, and made light work of an opening mark of 132 under Ian Power.

At the start of the week trainer Ellmarie Holden had not saddled a winner for the season, but how quickly things can change.

On Tuesday, Darwell Lion struck at Lingfield to give Holden her first British success, and now she could have a live Triumph Hurdle contender following French Aseel’s hugely impressive debut for the yard at Leopardstown on Sunday. 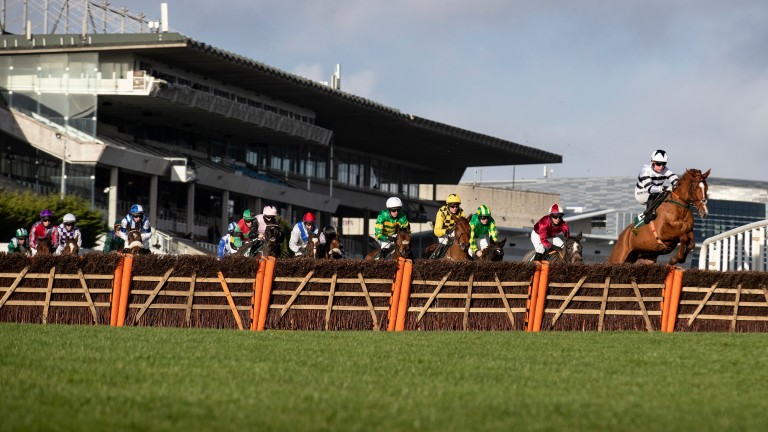 Formerly trained on the Flat in France, French Aseel was purchased at the sales for €62,000, and generated immediate returns on that investment when running out a 22-length winner of the 2m maiden hurdle for three-year-olds.

Bookmakers reacted swiftly to the victory, and French Aseel is now as short as 8-1 for the Triumph with BetVictor, though can be backed at double those odds with Paddy Power and Betfair Sportsbook.

Owner Paul Holden said: “He’s a nice horse. We bought him at Arqana earlier in the year. He won over 1,600 metres [1m] in France and handles soft ground as well. We were just waiting to get him right for a juvenile hurdle because we knew he had ability. We’ll look for a Graded race now.”

Favourite for the Triumph is the Gordon Elliott-trained Zanahiyr, who was in winning action at Leopardstown on Saturday in the Grade 2 Knight Frank Juvenile Hurdle.

Saturday reaction: ‘Epatante has given hope to those thinking of taking her on’

Did you know you can bet with your online bookmaker without leaving the Racing Post app? Simply sign in to your existing bookmaker account via the accounts button and tap the odds buttons on a racecard to place bets