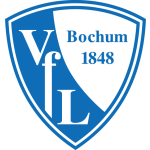 Bochum are looking to maintain their lead at the top of the Bundesliga 2 table as they travel to Merkeur Spiel-Arena for a Monday night clash against Fortuna Dusseldorf. The hosts have stuttered slightly in recent weeks and face a difficult task against Dusseldorf, who are also pushing for promotion.

Fortuna Dusseldorf were held to a 0-0 draw by SV Sandhausen in their previous Bundesliga 2 fixture. They will be disappointed not to have claimed the win after dominating the possession, restricting Sandhausen to no attempts on target and finishing with nine efforts on target of their own.

Uwe Rosler’s men are still in the mix for a promotion place as they sit sixth on the table, six points behind Holstein Kiel in third. They have shown some good form in recent weeks with just one defeat in their last five matches.

At home is where Fortuna Dusseldorf often do their best work and they head into Monday’s clash with two straight wins at Merkur Spiel-Arena. The goals are usually forthcoming on their own turf as they have found the net six times in those two fixtures.

Bochum are coming off a disappointing 2-0 home defeat against second place Hamburg last time out in the Bundesliga 2. They played much of the game with 10 men after Danny Blum was sent off in the first half and finished with just one attempt on target.

It was the second defeat in four matches for Thomas Reis’ men, who are starting to show a few cracks lately.

Bochum have fared much better on their travels and head to Merkur Spiel-Arena with just one defeat in their last six away matches in the Bundesliga 2.

Fortuna Dusseldorf are considered slight favourites by the bookies and are priced at 32/21 to win by Vbet. The same firm is offering 31/16 for a victory for Bochum while a draw is set at odds of 12/5 by bet365.

Bochum have the upper hand in this fixture with 21 wins from 54 previous matches. Fortuna Dusseldorf have 14 wins while there have been 19 draws between both teams.

Bochum ran out 5-0 winners in the reverse fixture while Fortuna Dusseldorf claimed a 1-0 victory in the last meeting at Merkur Spiel-Arena.

Rouwen Hennings and Kenan Karaman often carry the attacking threat for Fortuna Dusseldorf with both men combining for 15 goals this season. Bet365 has Hennings at 13/10 to score anytime while also backing Karaman at 2/1 in the same market.

Striker Simon Zoller has found the net eight times this season and is priced at 13/8 by bet365 to score anytime. However, the standout player for Bochum is Austrian midfielder Robert Zulj, who has 12 goals and eight assists and is valued at 2/1 by Vbet in the same market.

Fortuna Dusseldorf have seen over 3.5 goals in their last two home matches and a similar outcome is priced at 21/10 by BetVictor. Over 2.5 goals is set at odds of 5/6 by Sporting Index, who are also offering 13/20 on both teams to score.

Both teams often score most of their goals after the break so the second half as the highest scoring half could be worth a punt at evens with bet365. A halftime draw could also be considered with bet365 offering odds of 5/4.

This German Bundesliga II match between Fortuna Dusseldorf and Bochum will be played on Mar 22, 2021 and kick off at 19:30. Check below for our tipsters best Fortuna Dusseldorf vs Bochum prediction. You may also visit our dedicated betting previews section for the most up to date previews.

Second Half Highest Scoring Half