These odds are constantly fluctuating. The odds below were reported as of July 6. Find the most up to date betting lines on BetDSI.

This main event features two reigning ADCC champs separated by two weight categories. Given the weight difference, Diniz could be a much heavier underdog than currently listed. As the lines stand, the smartest bet is to take Duarte straight up (-280). He’s undefeated in his last 11 matches, and has won most of those by submission.

Still, it may be too much of a risk to bet that Diniz will be submitted. Only one competitor has been able to get a tap from Diniz since 2015: Gordon Ryan. Matheus Diniz wrote the playbook on defeating Craig Jones in the ADCC ruleset in 2019. And those strategies appear similar to Lucas Barbosa’s A-game. Barbosa will likely look to pass explosively from the outside, or to secure a bodylock, and pass slow and tight. That style could do well to nullify Jones’ often-quickly executed leg lock game.

Moreover, Hulk has never lost via heel hook. While Jones has other weapons at play, there are none I’d feel as comfortable placing a bet on as his lower limb submissions.

That being said, Jones isn’t as drastically favored in these lines as he often is. Betters would be wise to get their money in on Jones now (-225) before the lines start to swing. Mikey Musumeci is on the hot streak of his life right now, which makes it difficult to bet against him. But at a +500 favorite, there’s no value in a bet for him, either. At first glance, it appears compelling to take Musumeci by submission. But it’s worthwhile to note that Martinez has only been submitted three times in the last seven years, only once in the ADCC ruleset, and has not lost by submission since 2018.

Still, if you’re looking to cash in on Mikey Musumeci, it may be best to take a gamble. If you have faith in his submission skills against Geo, take him by submission, where he’s +175. Otherwise, Musumeci by points or decision is still a much juicier bet (-105) than Musumeci straight up (+500). Dante Leon is the best underdog to take on this card. He may be 1-3 in his last three matches, but his game seems perfect for the ADCC ruleset. He can wrestle with the best of them, he has an underrated passing game, and his ability to wrestle up from his guard has earned him wins over Edwin Najmi and Lucas Lepri. By ADCC credentials alone, Dante should be a shoo-in favorite; he took fourth in 2019 off of his victory over Lepri.

Nicky Ryan had his career best performance at the ADCC Trials in 2019, but he didn’t pick up the same degree of traction at the World Championships as Leon did. Ryan is always dangerous, and is beginning to show how well-rounded his game is. But he sometimes struggles to find the third gear, and that’s where Leon thrives.

Ryan has plenty of paths to victory over Leon. But as a +200 underdog, smart money is on Dante Leon. Lis Clay has proven over and over that she has the capacity to submit anyone standing across from her. She’s riding an 11-match submission win streak, including several victories over Pans and world champions. That makes her the clear favorite in this matchup with Ana Carolina Vieira. With that in mind, Clay is an easy straight-up pick to make as a -250 favorite. But the real money is in the over/under.

The under 15 minute line is +200. Clay clearly has the capacity to submit Vieira within that window, but the ADCC rule set could play a factor in slowing Clay down, particularly if she’s reluctant to concede a negative point by sitting to guard. 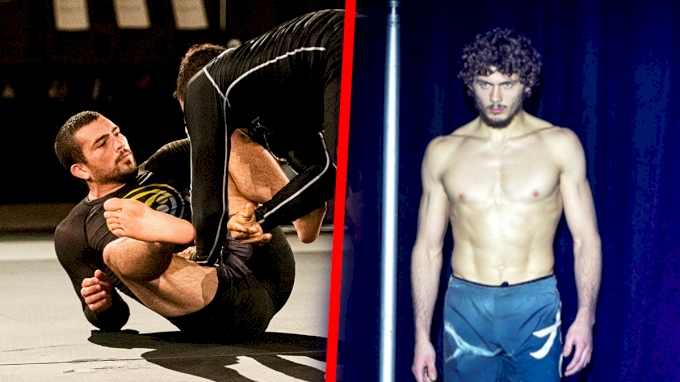 The odds are understandably close in this matchup. It’s hard to offer a guess who will come out of this match with his hand raised, but if their recent performances are any indication, Andrew Wiltse and Roberto Jimenez will fill this match with action from bell to bell.

It’s important to note that Wiltse is entirely inexperienced in the ADCC ruleset, while Jimenez climbed to fourth place in the 2019 west coast trials.

The most compelling bet in this matchup is the under 15-minutes. The oddsmakers seem to believe this match will go the distance. But the numbers indicate that neither of these men will willingly allow that.

Both athletes want to win by submission; and, more importantly, both are willing to risk everything to achieve it. Wiltse and Jimenez have both been submitted in at least 50% of their career losses. At +225, it would appear a reasonable risk to bet that this match won’t exceed 15 minutes.