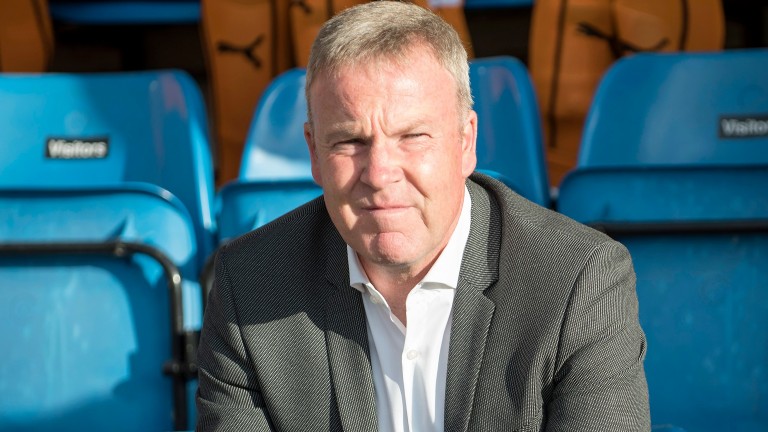 Promotion-chasing Portsmouth are averaging two points per game on their League One travels and look worthy favourites to topple third-placed Ipswich at Portman Road.

The absence of fans has made it tougher for Portsmouth to rack up regular victories at Fratton Park but they have compensated for inconsistent home results by excelling on their travels.

Kenny Jackett’s side have registered four away wins – including impressive 3-1 successes against promotion rivals Sunderland and Lincoln – and are heading to Suffolk at a good time.

Ipswich were the early-season pace-setters but have had rotten luck with injuries and looked nothing like promotion material in recent losses at home to Hull and Charlton.

They returned to winning ways with a 2-1 victory at Plymouth last Saturday but were far from fluent and trailed 1-0 until benefiting from the 70th-minute dismissal of Argyle’s influential attacker Danny Mayor.

Town can expect a test tougher test from Pompey and are likely to fall short.

Three victories in four games have lifted Oldham from 20th to 16th in League Two and the Latics’ progress can continue with a victory over second-bottom Bradford at Boundary Park.

The last few years have been tough for Oldham fans, who have had to get used to their team wallowing in the bottom half of the fourth tier.

However, there have been positive signs in recent weeks with Harry Kewell’s side picking up notable successes at highflyers Exeter and Cambridge.

In a tight division Oldham are closer to the playoffs than the drop zone and a victory over Bradford could see them eyeing up a promotion push.

Bradford had hoped to be in the promotion shake-up but have lost their last four league games to leave them facing a battle to preserve EFL status.

Stuart McCall’s side have registered just three league wins this season – all against teams in the bottom six – and their misery looks set to continue.

Fourth-placed Carlisle have won six of seven League Two home games this season and look rock-solid favourites to see off Stevenage in front of 2,000 fans at Brunton Park.

It will be the third time this season that Carlisle have played in front of their home supporters and they impressed on the previous two occasions, defeating Southend 2-0 and Salford 2-1.

Carlisle gaffer Chris Beech has assembled a strong, confident side and they should have too much quality and energy for third-bottom Stevenage, who have gone 15 games since their last away victory.

Port Vale will be feeling much happier after snapping a five-match losing streak with last Saturday’s 6-3 victory at Bolton and they can follow up by defeating sixth-placed Colchester at Vale Park.

It has been a strange season for Vale, who are three points off the playoffs despite failing to add a single point in November.

But their performance at Bolton was hugely encouraging and something similar could be too strong for Colchester, who have won one of ten away games this season.

Brandon Hanlon is Bristol Rovers’s top scorer with seven goal in all competitions and looks a likely match-winner against League One rivals Plymouth, who have slipped into the bottom half after a four-match losing sequence.