Home Sportsbetting news Another Michigan State upset alert? Not for these Buckeyes

The speculation, debate and conversations about Ohio State never end, and Lettermen Row is always ready to dive into the discussions. All week long, senior writer Austin Ward will field topics about the Buckeyes submitted by readers and break down anything that’s on the minds of the Best Damn Fans in the Land. Have a question that needs to be tackled, like the one today about the Ohio State and the game prediction for the Michigan State matchup? Send it in right here — and check back daily for the answers.

Ohio State heads into another Big Ten matchup as a three-touchdown favorite against Michigan State. (BetDSI/Courtesy)

There are straws to grasp again for anybody looking to pick against Ohio State.

Just like last week, it’s not hard to cherry-pick a few facts that might make it seem like a test is coming at the Buckeyes — or maybe even a trap that might trip up the national-title aspirations for the program again. After all, Michigan State has been the hurdle that has tripped up Ohio State on that path a few times in recent memory, and it would obviously like nothing more than to pull off a repeat of the 2013 surprise or 2015 stunner.

The Spartans are well coached. The defense is fundamentally sound and can pose a challenge with its ability to stuff the run. There is really nothing for Mark Dantonio to lose as a huge underdog, a role his program relishes.

Maybe some of that will plant a few seeds of doubt about the Buckeyes on Saturday night ahead of the Blackout in the Horseshoe. But it probably shouldn’t, because just like last week during the same sort of pregame building at Nebraska, Ohio State is both far too talented physically and much more cognizant of the week-to-week stakes mentally this year to squander such a huge edge in personnel. 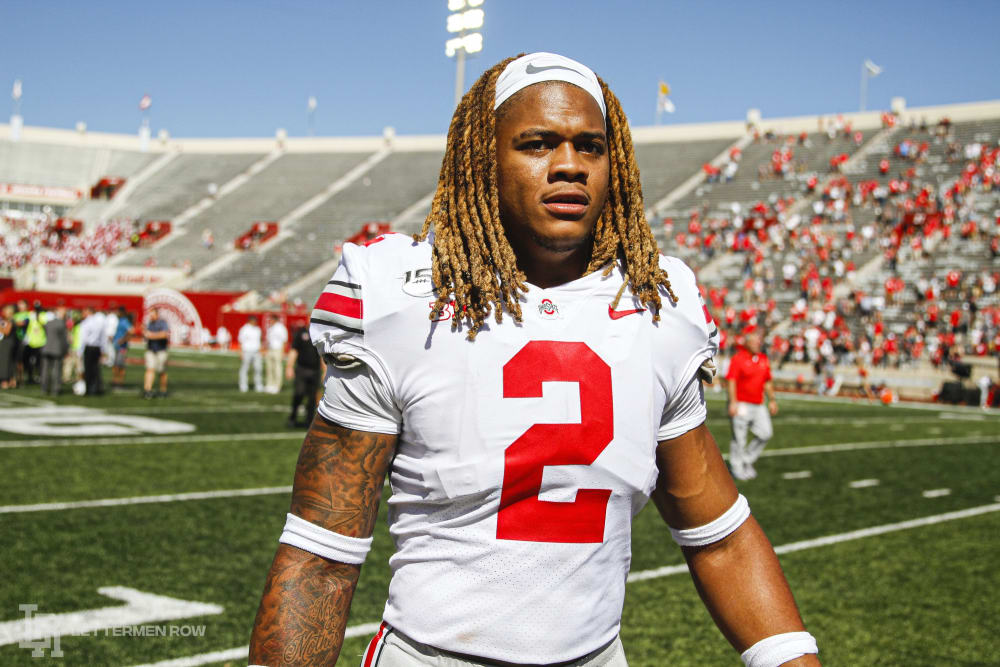 “We’ve got our hands full,” Ohio State coach Ryan Day said. “It’s a very good team. They don’t give you anything. They’re very sound, and obviously the history of what they’ve done against Ohio State is something that all of our guys are going to be aware of this week.”

Here’s another history lesson, albeit one that probably wouldn’t be as effective as a motivator for Day in the locker room.

The Spartans haven’t scored a touchdown in two years against Ohio State. Just in case another reminder is necessary, last season the Buckeyes rolled out the worst defense in school history and still suffocated the Spartans. If that struggling defense could dominate Michigan State, imagine what the completely revitalized Silver Bullets might do this time.

Yes, Michigan State is bringing in another highly-ranked rush defense. That was also the case two years ago in the Horseshoe, and Mike Weber and J.K. Dobbins sliced through the Spartans like deli meat and completely eviscerated Dantonio’s vaunted, second-ranked defense. Now he’s going to have to to contend with Dobbins at the peak of his powers, Master Teague coming off the bench as a runaway-train complement in the backfield — and Justin Fields arriving well ahead of schedule as a dual-threat weapon at quarterback.

Even when it comes to motivational tricks, Ohio State coach Ryan Day seemed to be ahead of the curve this week by actually expanding his message to include a history lesson about those stinging upsets the Spartans have pulled off in the past. Exactly like a week ago against Nebraska, it’s tough to fall into a trap that a team can see from a mile away and has been specifically warned to avoid.

College football is a crazy game, there’s no doubt about it. Ohio State was favored in those other games against the Spartans for a reason, too.

But looking purely at the direction these two teams are going right now, the personnel on hand and what the atmosphere is going to be like when the sun goes down at Ohio Stadium? It’s hard to imagine any of that working in favor of the Spartans.

Miss any previous editions of Question of the Day? Catch up right here.